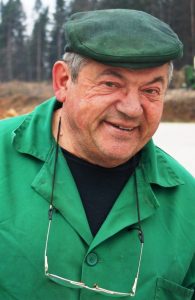 “The beginning of car transport goes back to 1974, when I bought the first “tipper” truck, of the DEUTZ brand, a 1968 model. In the beginning, I mostly handled tipper transports in our municipality. Then in 1976, I brought the first trailer, an MB 2023, with which I then transported cargo for Union, Radenska, etc.

In 1980, I employed my first driver, and at the same time bought a tank  to transport petroleum products. The fleet then began to grow and bring with it a number of sleepless nights, by which I mean a 24-hour work day and a constant desire to have better work results.

In 1985, a new division opened in transport, the transport of  vehicles, which was why I bought two other used trucks. By growing and spreading between 1999 and 2002, we built a modern mechanical workshop with five channels, a lane to test breaks on, and a modern tank station which we upgraded to sell D2, fuel oil and ADblue. Next to the business building we constructed a parking area with catchers for grease and oil for our trucks.

Besides vehicle transport we also specialise in making wood chips.

The road hasn’t been easy. There have been numerous obstacles where a man would ask himself if it’s even worth it, but in the end you can at least say you’ve created something from scratch!”

Founder and owner of the business, Mirko Kovačič